skip to main | skip to sidebar

Click to listen to the interview here
Posted by YourBlackWorld Staff at 11:41 PM

‘CONCERNED’ PARENTS ATTACK CONVICTED ARMED ROBBER FOR CONTROVERSIAL LYRICS
While serving time in multiple Wisconsin State prisons for the Robbery and Kidnapping of a City of Milwaukee detectives daughter, Newt Turner, CEO of G Livin Entertainment, designed the blueprint for an entertainment company called, “G-Livin” – which is known for its’ empowering and inspirational ideology. But now his movement is has been widely criticized by music executives, critics, religious organizations and parents for its’ graphic and violent subject matter.

He says, " I feel like if majority of Americans can accept these pedophile Catholic priests molesting and raping their children, then I should be able to heal those emotional scars through my music and literature, without censorship issues.”
A mother of four from Raleigh, North Carolina – who asked to remain anonymous said, “The song, “TeenAnger” should be banned from radio and stores. If the government allows him to release that music, then he should be liable for any violence children may commit after listening to it.”

“These whacked out parents don’t understand the mentalities and the emotional needs of their own children, said Newt. They don’t take the necessary time to learn about what they created. There are reasons why kids go to school and shoot everybody up. There was a reason my homegirl blew her head off her shoulders. There is a reason why a three year old girl starts crying when you leave her alone with her grandfather. I am just giving you the reasons why.”

“I don't care what people may say or think about who I am, what I am or what I am about. I refuse to let the opinions and comments of others deter me from my mission and vision. I’m always gonna stand up for what I believe in, even if I’m the only one standing”

Time Waits For No One: The First Gospel is a graphic and terrifying entry gate into a world we have never seen in music or literature. It’s a world of child abuse, sex, betrayal, ambitious lust, violence, revenge and the imprisonment of mind body and soul.

It is scheduled to be released the fall of 2008.

You are Visitor Number

The Top Money and Love Book in America 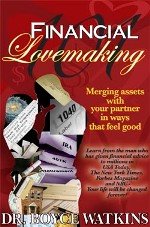 Don't let Money Destroy the Love in Your Life

The Top News Site for Women